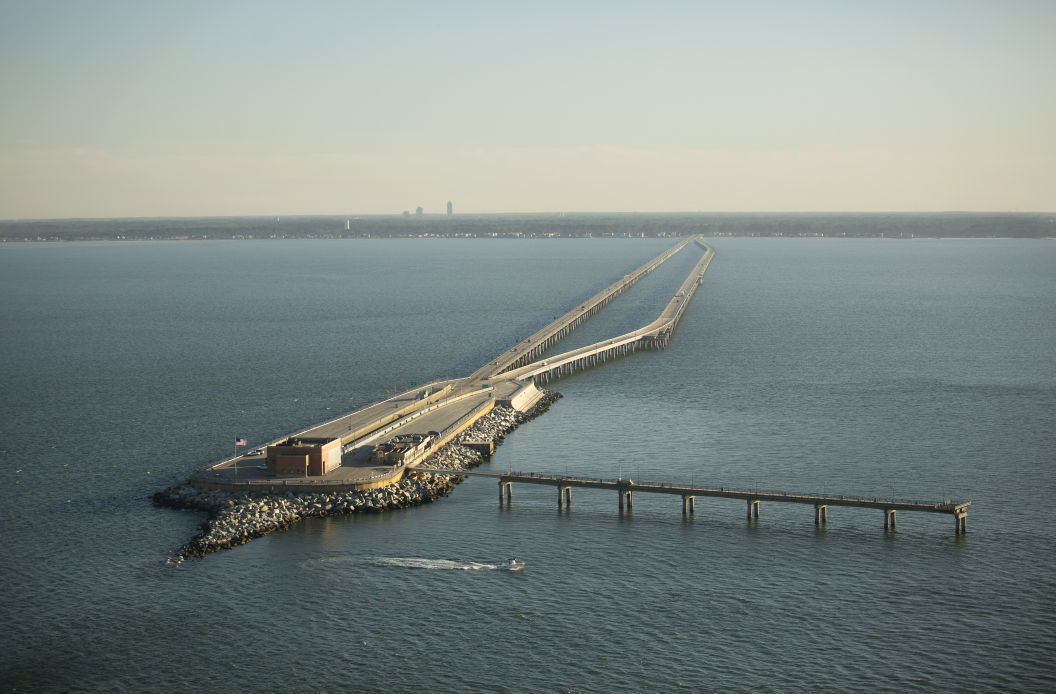 To bore the new tube of the Chesapeake Bay Bridge-Tunnel, enough muck will be extracted to fill about 50,000 dump trucks – muck that recent tests confirmed will be contaminated by the boring process and must be disposed of in a protected landfill.

In a region familiar with underwater traffic tunnels, it’s an unfamiliar wrinkle.

The CBBT’s latest tunnel – a $756 million, mile-long parallel tube under the southern shipping channel – will be the first in Virginia built by a boring machine, worming its way through the bay bottom.

All other tunnels in the area – a total of 10 tubes – are trench-style. Muck was scooped out the old-fashioned way, bucket by bucket, leaving most of it “clean” enough to be dumped offshore.

But the boring method being used at the CBBT requires the use of additives: foams and other substances common to the oil-drilling industry. They lubricate the cutter head and help sediments – called “spoils” – flow more easily from the hole.

Those additives are petroleum-based, leaving the spoils tainted with contaminants considered hazardous to health.

Known as TPH, for Total Petroleum Hydrocarbons, they’re measured in milligrams per kilogram of soil. Environmental protection regulations kick in when TPH hits 50-plus milligrams.

The CBBT samples – a mix of native ground and boring additives – tested at 75 milligrams of TPH, which is barely over the threshold. In heavily polluted sites, rates can climb into the 10,000 range.

Also off the table now: a borrow pit on the lower Eastern Shore, a site that was previously considered.

In a regular borrow pit, TPH could seep into groundwater, explained Bert Parolari, a water protection program manager at the Tidewater office of the Virginia Department of Environmental Quality.

“Petroleum-contaminated soils must go to a landfill equipped with a liner and a leachate collection system,” he said.

Boring does have advantages for the CBBT: Fewer interruptions to shipping in the channel, less risk of damaging the existing tube nearby. Bored tunnels are the norm in Europe and Asia.

One disadvantage is the mountain of contaminated spoils it can create. Jeff Holland, executive director of the Chesapeake Bay Bridge and Tunnel Commission, said they knew “there was that potential.”

When commissioners put the project out for bid, they were willing to go either way – bore or trench – as long as the design satisfied their 2,300 pages of specifications.

All three of the lowest-price bids turned out to be bore. The commission chose the lowest of those, from Chesapeake Tunnel Joint Venture – a partnership of engineering and heavy construction companies that have done similar projects around the world.

A German outfit is building the boring machine. It’ll be as long as a football field and have a rotating cutter head that’s 42 feet in diameter, capable of chewing through 50 feet of sediment a day. TPH-containing additives will be used to reduce friction, help the machine maintain proper pressure and turn the muck into a slurry that can be carried out by conveyor.

The test results and their ramifications have been “expected from the beginning,” Andres Gonzalez, a project executive with the builder, wrote to The Pilot in an email. He said it doesn’t take much TPH to condemn soil to a landfill, comparing the threshold to “placing a drop of liquid into an Olympic swimming pool.”

In the old days, this wouldn’t have been an issue. The first tube in the region – the Downtown Tunnel – opened in 1952. The CBBT opened in 1964.

To satisfy today’s checklist of studies and permits, Holland says the CBBT spent about $8 million. A host of protection acts calls for monitoring of all sorts of possible impacts: construction noise on migrating whales, work lights on nesting sea turtles, sediment drift on neighboring mussels.

Testing spoils is a regular part of the process. Typically, though, any toxins encountered were already there.

That’s called “historical contamination,” said Joe Rieger. He’s deputy director of restoration with the Elizabeth River Project, a group focused on healing what was once one of the most polluted rivers in the East.

No one was surprised when TPH and other toxins turned up in Elizabeth River spoils during construction of the newest tube of the Midtown Tunnel, which opened in 2016. Before regulations existed, industries along the banks routinely dumped waste into the water.

The real surprise, Rieger said, was how much Midtown muck actually did pass muster. Of the 1.5 million cubic yards extracted, only 10 percent had to go to a landfill; 90 percent got the thumbs-up for ocean disposal.

“All the efforts we’ve put forth are paying off,” Rieger said. “We were really glad to see that.”

But he wouldn’t expect to find any contamination at all where the new CBBT tube is going. Strong currents surging in and out of the bay flush the mouth with ocean water.

“There’s tremendous movement through there,” he said. “My guess is that’s true virgin territory.”

The search is on for a suitable landfill large enough to store the spoils. It’s impossible to say how long it’ll take for the TPH to break down or how harmful it truly is.

Mike Unger, an associate professor at the Virginia Institute of Marine Science, said the TPH label is simply too vague – a catch-all for a family of contaminants that come from crude oil.

To figure out the fate or toxicity of this particular TPH, Unger said, “you’d need a specific chemical analysis.”

Even then, many TPH compounds have barely been studied. The most dangerous – like benzene – have been linked to cancers, central nervous system problems and death. The most benign – like some mineral oils – are safe enough to put in food.

According to CBBT’s builder, hauling spoils to a landfill won’t delay progress on the tube. Gonzalez said the expense was anticipated and factored into the price tag of the five-year project.

No taxpayer money is being used for the tunnel. Tolls, bonds and loans will cover the cost.

The boring machine is scheduled for delivery in October. Arriving in sections, it will weigh 5.5 million pounds when assembled.

In the meantime, preparations are under way on the man-made islands. A launch pit is being dug to lower the machine so it can start eating its way under the Thimble Shoal channel, installing concrete rings in the tunnel as it goes. Crews of 20-25 people will man a control room inside the machine. Operations will go on around the clock.

One year after boring begins, the machine is expected to surface on the other side.