Live professional sports events are competing with the technology that creates a customized experience at home for fans. Despite the rise of streaming video and surround sound, new stadiums continue to populate the skylines of major cities — and even are used as bargaining chips to entice teams to relocate to a new city.

So how are these stadiums keeping up with visitors’ expectations? Two methods are helping continue to fill arenas: mixed-use developments surrounding the stadiums and a fan-first experience at events.

Deloitte released a study in 2016 in which the consulting firm examined the development of a stadium not just for competition, but as a new platform for spectator experience.

“Geographically, new venues are moving back to the city, anchoring larger mixed-use real estate developments and creating ‘arena districts’ that reshape commercial activity in the neighborhood,” the study read. “Meanwhile, fans are playing an increasingly important role in shaping and directing the experience.”

“This year is one of the most exciting for stadium construction as we're going to see [the opening of] two standout, state-of-the-art venues built for the NFL that will both leverage the latest in design, architecture and engineering trends,” Billington said, referencing Allegiant Stadium in Las Vegas and SoFi Stadium in Los Angeles.

With that in mind, here is a look at some stadiums to keep an eye on in 2020 and how they’re helping evolve this niche, high-stakes construction segment. 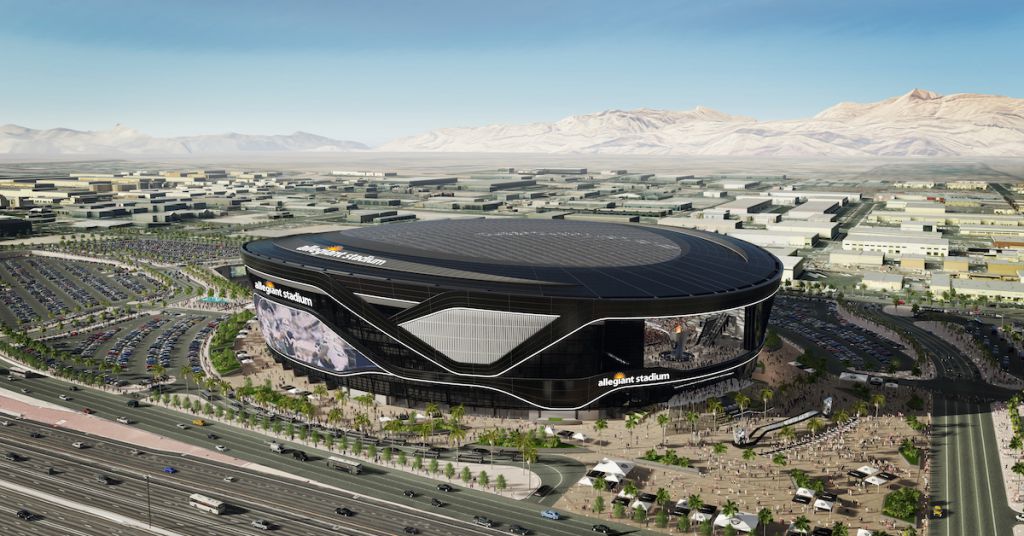 After several decades in California, the Raiders will relocate to Las Vegas and play their first games in their new city in the 2020 season. The stadium broke ground in November 2017 and construction is expected to wrap up July 31, just in time for the NFL preseason in August.

Tossing aside the traditional “concrete bowl,” as Billington called it, a sleek black exterior paired with a retractable turf field, premium lounges and massive rolling doors to frame a view of the Las Vegas strip is part of what makes Allegiant stadium the largest design-build NFL venue to date.

Mortenson Vice President of Operations for Sports and Entertainment Eric Grenz told Construction Dive during a private tour of Allegiant Stadium in November that the stadium — which can hold 65,000 spectators and expand to 72,000 — is on track to be completed by the team’s start date. 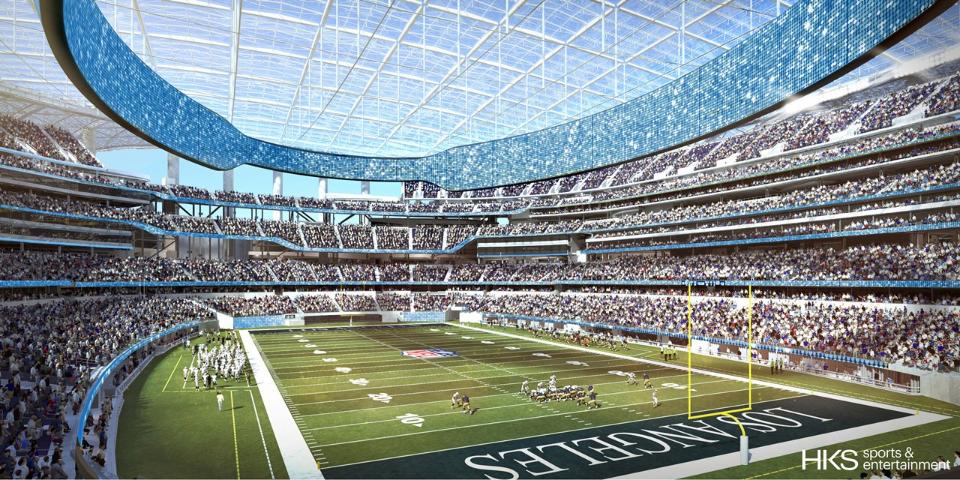 In addition to being the future home to both the NFL’s Rams and Chargers, which moved to the city in 2016 and 2017, respectively, SoFi Stadium will also play host to Super Bowl LVI in 2022 and the College Football Playoff National Championship one year later.

SoFi is set for completion around the same time as Allegiant in late July. When it is finished, the 70,000 square-foot space will have a regular capacity of 70,240 spectators, but can expand to up to 100,000 fans for large events like the Super Bowl. When expanded, SoFi’s capacity will be the largest in the league. 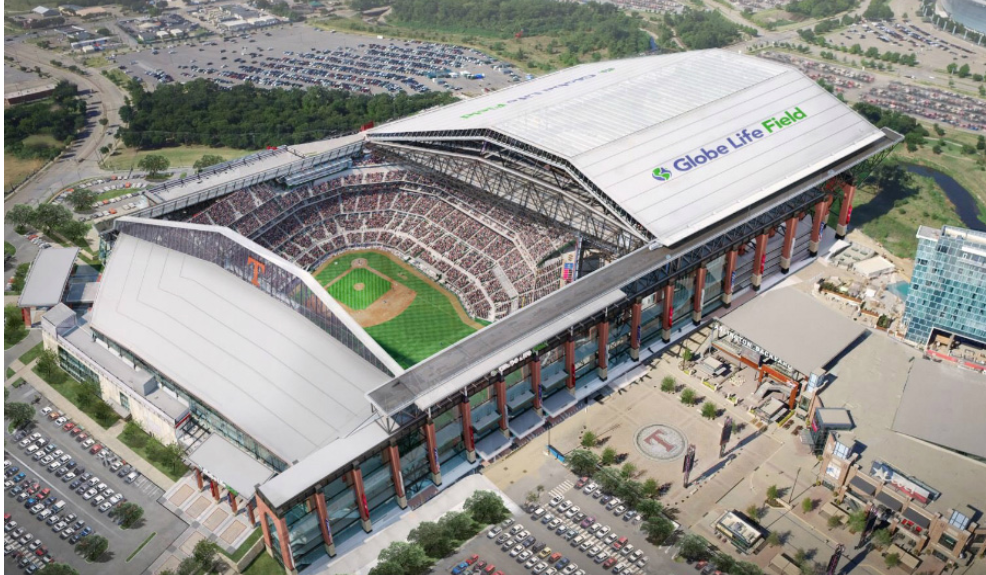 MLB’s Texas Rangers may not be relocating to a new city, but come March, they will be taking the field in their new home. The construction of Globe Life Field, which will have room for 40,300 spectators, is part of a $810 million entertainment district expansion.

Included in Globe Life’s design is a retractable roof for climate control during the sweltering summer months. Manhattan Construction’s columbus oh dump truck company on the movable structure wasn’t without challenges, but the 5.5 acre-, 9,600-ton retractable roof was lifted into place in the fall.

In addition to the roof challenge, a two-alarm fire broke out at the jobsite last month. As a result, some roofing and decking needing to be replaced, but Manhattan Vice President Greg McClure told Construction Dive that the builder did not expect any delays to opening the ballpark.

Lockhart Stadium is both the name of a demolished Ft. Lauderdale stadium and the new complex that will take its place this spring, when the MLS expansion team Inter Miami CF plays its inaugural season this year. The stadium will be the permanent home of the front office and practice facility for the team, which is co-owned by famous striker David Beckham.

The team will play its games in Miami Freedom Park when its completed in 2022. That stadium is located in downtown Miami, near Miami International Airport. The project is estimated to cost $1 billion and hold 25,0000.

2020 will likely see progress on the U.S.’s first standalone esports arena. The Philadelphia Fusion, a team that competes in the Overwatch League of online, first-person shooter games, is aiming to begin playing in its new arena in 2021. No contractor has been announced.

The 60,000 square-foot venue will have space for 3,500 spectators and a 10,000 square-foot training center. High-speed internet and large screens for viewers are musts for esports venues, so the space will maximize screens and customize viewership experience, Comcast Spectacor’s gaming division chief business officer, Joe Marsh told Construction Dive. Whereas new stadiums for traditional pro sports are looking to redesign the fan experience, Fusion Arena looks to set the standard for a new type of viewer.